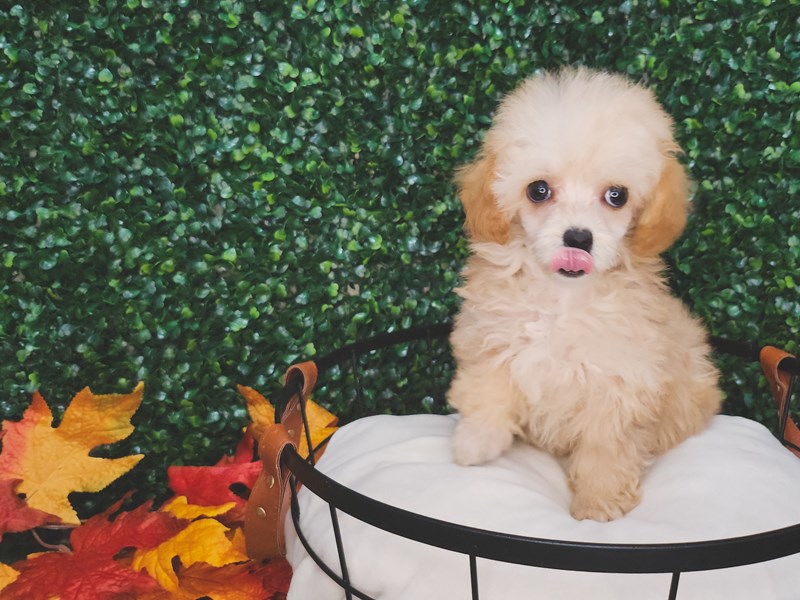 Want more information on this Poodle? Please fill out our Pet Inquiry form below. 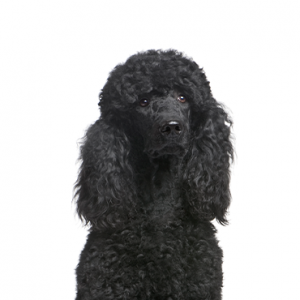 The poodle is a dog type that is categorized into the Standard, Miniature, and Toy poodles. They were prominent in the 17th century and their origin is still a subject of debate. The dog is popularly known to have originated from Germany. However, it has been controversially linked to the barbet dog from France. The poodle is also known as Pudelhund and Caniche.

Poodles were originally bred in Germany as hunting dogs who worked with their owners in retrieving waterfowl. The Poodle is widely known to be the most intelligent dog breed in the world. They train with ease and enjoy one on one engagement with their human best friend. There are three types of Poodles that the American Kennel Club recognizes. The most common and well-known is the standard Poodle, followed by the Miniature Poodle, and then the Toy Poodle. Throughout the Poodle’s long history, they have been used in the breeding process for more than sixty other types of dogs.

Poodles are social and outgoing dogs that tend to have a warm demeanor. They are mentally alert and very observant of their surroundings. Poodles have a very eager-to-please personality and enjoy the praise they receive after mastering a new trick. This breed is an exceptional family dog and gets along well with children and other animals in the home. They also easily adjust to apartment-style or conventional-style homes.

The Poodle’s coat is naturally curly and coarse. It comes in nearly one dozen colors which include white, black, apricot, cream, and brown to name just a few. A unique feature of this dog’s coat is that it will grow until it is trimmed. This makes routine grooming very important. The most effective way to brush the Poodle’s fur is by first using a light mist of a detangler solution for dogs. Using a pin brush, gently brush its fur and work out any knots. A bi-weekly bath is also suggested, which will keep him looking and feeling his very best.

Poodles younger than four months in age should be provided with four meals a day. When they reach five months in age, they do best with three meals per day. At six months old, they should have two meals per day spaced apart in twelve-hour intervals. Poodles also require thorough and routine teeth cleaning. It is suggested that they have their teeth brushed at least three times every week.

Fact: Poodles were originally bred in Germany, not France, as many believe.

Fact: This breed is considered to be the most intelligent breed of dog in the world.

View All Poodle Puppies For Sale

Poodle's who found a loving home