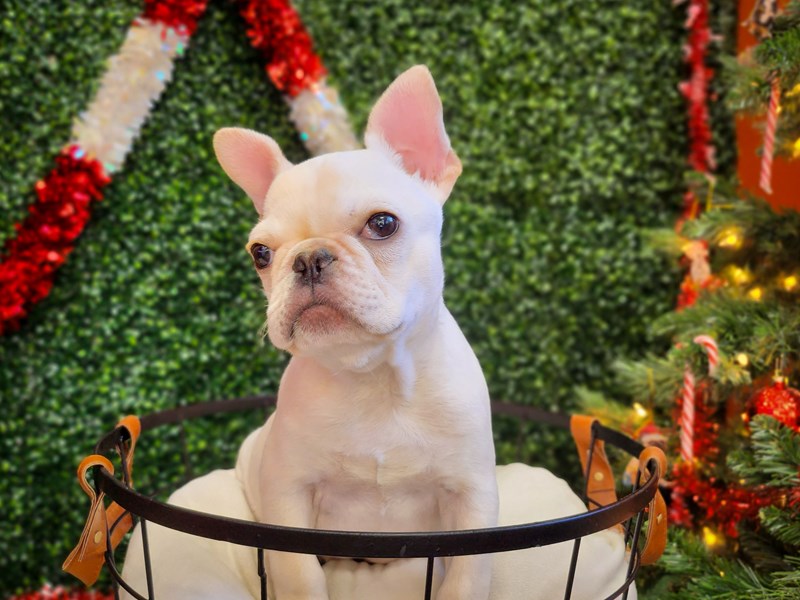 Want more information on this French Bulldog? Please fill out our Pet Inquiry form below. 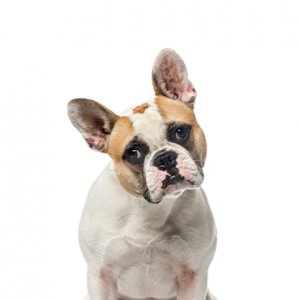 The French Bulldog is a lively and strong breed that originated in France. It is a very sturdy dog that can serve as a great companion. The French Bulldog, however, could be mistaken for the English Bulldog. Although these two breeds may be similar, they are two different breeds and are merely distant relatives.

Also known as the “Frenchie,” French Bulldogs were first bred in the 1800s in Nottingham by lace makers. The intentions were to breed a miniature version of the English Bulldog. By the mid-1800’s this breed arrived in France and has been popular since. French Bulldogs have climbed the charts in the dog world and were recently recognized as the second-most popular registered dog in the United Kingdom, and the fourth-most popular AKC-registered dog breed in the United States.

French Bulldogs are non-aggressive dogs who like to stay near their owner. They enjoy one on one time and will quickly show their loyalty. They have very stable personalities and easy-going demeanors. They do exceptionally well with children and other animals inside of the home. Although they do enjoy outdoor play time, they are just as happy resting alongside their family on the couch. There are not many dog breeds as loyal and caring as the French Bulldog.

The French Bulldog can be found to have a single-layer coat or a double-layer coat. The most common colors on a French Bulldog are white, cream, black, and fawn. They have short and easy-to-care-for hair which generally does not tangle or knot. A daily brushing will help keep his coat clean and neat looking. A bi-weekly bath and routine nail clipping are also a great way to allow him to look and feel his best.

French Bulldogs do best with set feeding times. Typically, two feedings twelve hours apart are what make this breed happy. The first six months of their life is an important stage for their physical and mental development, which is why proper nutrition through high-quality dog food is so important. Never forget about taking care of your dog’s teeth via brushing and keeping his nails clipped.