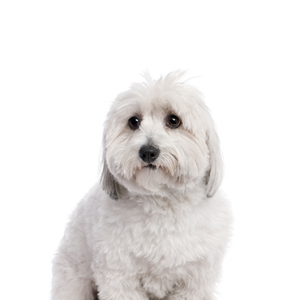 As the name implies the Coton De Tulear is a dog breed that resembles a ball of cotton. They are very fluffy and playful dog breeds. The Coton De Tulear is a happy dog with a clownish persona. They are known to make their owners laugh and have a great time in their company. You may be wondering where this breed originates from or all about its characteristics. The good news is that you’ll have to keep reading to find out. Discover more about our Coton De Tulear puppies for sale below!

The Coton De Tulear is an adorable dog breed that hails from the beautiful island of Madagascar and from the looks of it this dog has a Maltese and Bichon Frise as its relatives. This dog breed is proudly exported by the island and it came to be four hundred years ago.

Rumour has it that the Coton De Tulear were pets who accompanied the elite ladies on long voyages at sea and they were found on the Madagascar beach after a shipwreck. This dog breed soon found solace in beautiful Madagascar.

Years passed and Madagascar got a French visitor who took back some Coton De Tulears to France and focused on developing the breed further. This was in the ’70s and it wasn’t long until North America had some Cotons of its own courtesy of migration.

The Coton is a people pleaser. It lives for the affection of its master and hence it does all in its power to be in his/her good graces. They are generally happy dogs, boisterous in all their doings, however, they can develop separation anxiety when left unattended for long periods.

They are smart breeds and are easy to train. Cotons bark ceremoniously, either at the sound of a doorbell or during playful activities. They are playful and are not hostile, hence they aren’t great as watch or security dogs either.

This dog breed thrives in a loving environment. Apartment living suits them perfectly as they aren’t so much of farm dogs. On the other hand, they can still function in properties that have a yard, however, it needs to be fenced round to prevent him from straying.

Cotons handle both weather extremities fairly well and they are well suited for novice owners. They’re fairly easy to train and do not require loads of activity so a house with proximity to the park may not be mandatory for this dog breed.

Cotons do not have a need for an intensive workout or exercise session. They have fair energy levels and may just require casual walks every now and then. However, they are very playful and may just tire eventually, which is why they’re great for large families with loads of kids.

However, in the event of non-exerted energies, cotons may become mouthy and chew up items within its reach. To avoid this, you can go for little exercises like fetch as they’re obedient dogs.

Their ball of cotton fur mats easily and very often, hence daily brushing is recommended. The more often you brush the less likely he’ll need a shower. However, their white cotton-like fur makes dirt very visible hence they may need a bath weekly, bi-weekly or monthly depending on the dirt levels.

Whitening shampoos are recommended for dogs with white fur. Pat your Coton dry after a shower and do not rub with a towel as his fur will easily knot. Your coton’s teeth should be brushed twice a week and his nails trimmed twice a month. Cotons are hypoallergenic dogs and they’re mostly for owners with allergies.

The unregulated breeders who are selling outside of the USDA regulations and without a license are what we consider to be “Puppy Mills.” We are committed to offering Coton De Tulear puppies who will grow up to become important members of your family. We only purchase puppies from the very best sources, and we stand behind every puppy we sell.

Yes. This dog is very kid-friendly provided the kid knows how to handle pets. They tend to hide from younger kids who may kick them.

Cotons begin to age when they get to the age of 12-14 human years.

Cotons are fairly easy to handle, although they may require a firm owner.

No, they only shed during Spring just as the season begins to change.

Just one, White. Although you may notice a few strands of light gray or fawn and white mix.

Their ability to look fluffy and cute as well as their intelligent side during training and activities.

Cotons grow and mature from 8 inches to 1ft tall.

Coton De Tulear is a very adorable dog breed with a knack for cuddles. They are fluffy, energetic, playful and an obvious choice for individuals with allergies.

Are you interested in purchasing a Coton De Tulear?